The most recent flagship handset to come out of the Japanese firm was the Sony Xperia Z at the beginning of this year and while it's only be around for eight months it's apparently time for a new model, the Xperia Z1.

We're hearing that Sony's next flagship is lined up for a special launch at IFA 2013 in Berlin, and there's been a whole host of rumours, leaks and speculation surrounding the smartphone.

Touted under the codename Sony Honami and Xperia i1, the latest bit of information suggests that Sony will be naming it Xperia Z1, based on the One Sony concept.

There have been a number of photo leaks claiming to show off the Xperia Z1 in all its glory, and if they are accurate it looked pretty similar to the Xperia Z, with both adopting the Omni-Balance. At first glance it's not really possible to tell the two handsets apart, with the device in the images below keeping that strong Sony design which has been implemented on the Xperia Z and the Xperia Z Ultra. 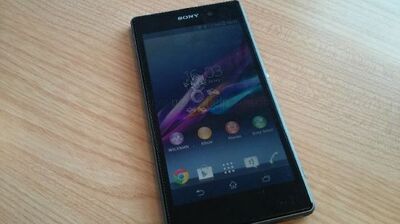 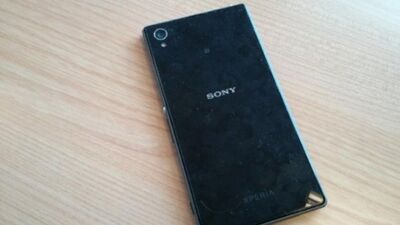 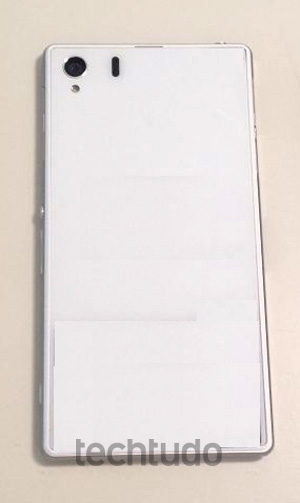 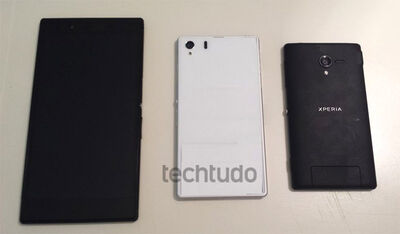 Below is the first close-up view of the Xperia Z1 that we saw from the Xperia Blog. It reveals that the handset had an opened headphone jack up there and a microSD card slot. 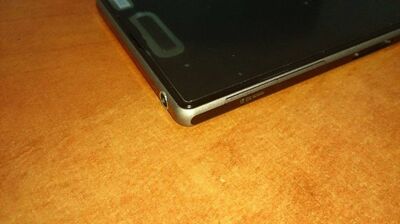 This is the right side view of the handset. We saw the usual volume rocker keys, an Omni-Balance power key and a dedicated camera button. 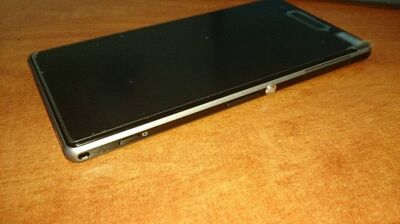 This is believed to be the back of the handset featuring a cheap plastic finish. 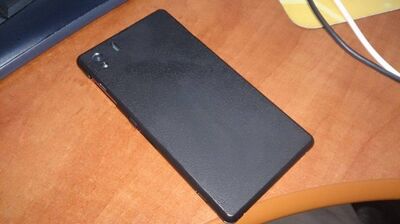 There also appears to be a huge audio grill below the device. 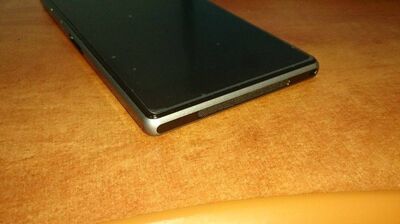 Sony had implemented some new UI for its upcoming flagship running Android 4.2, showed by these system dump leak.

ePrice had leaked some of the specifications as well as the complete back-side view of the handset.

We also came across a live camera UI of the flagship showing different resolutions available, including the 20MP sensor leaked earlier.

It is also sized up with the Xperia Z. 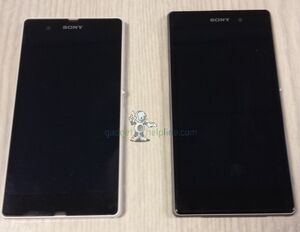 We had a label showing a "XX.X MP" sensor on the camera. Which refers back to the 20.7 MP leak. 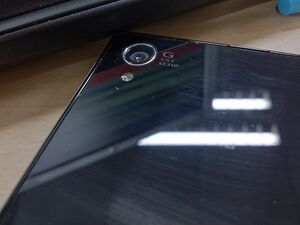 This analysis of the photo taken with the device confirms the 20.7 MP sensor. 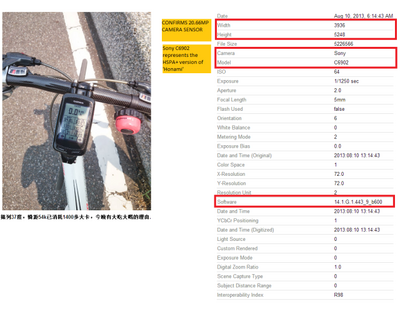 This is a picture of the handset paired with Sony's rumoured external lens camera. 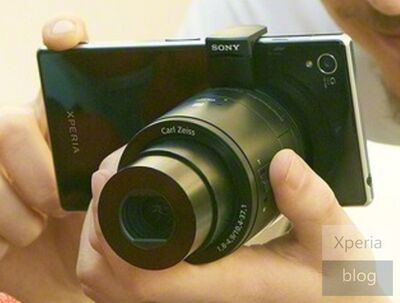 An iPhone 5 gets sized up with the Honami, so as the Xperia Z. 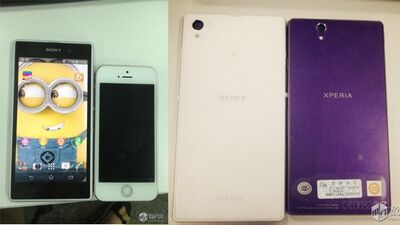 This is the clearest picture we've seen so far of the Xperia Z1. 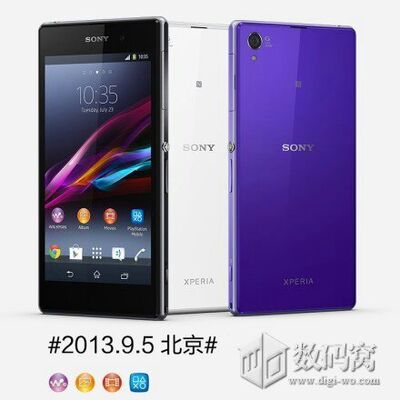 A dummy handset is also shown here by Xperia Blog.

So, what have we had here? Yes, the second Sony Xperia flagship for this year. We are quite satisfied with the specifications, including the 20.7MP Cybershot camera with G Lens and Exmor RS. We have high hopes for it, not to mention a rival to the Samsung Galaxy Note III which is deemed to launch on the same day. Sony had reinvented its phone, with the release of Sony Xperia Z and the phablet Sony Xperia Z Ultra. We had high hopes for Sony.

Retrieved from "https://ph-tech.fandom.com/wiki/Rumours_-_Sony_Xperia_Z1?oldid=4248"
Community content is available under CC-BY-SA unless otherwise noted.